Get to Know the Real Life Salesmen Who Inspired "Globesman"

This Wednesday at 10P, Documentary Now! goes back to a simpler time when door-to-door salesmen stalked the suburbs in three-piece suits reeking of cigarettes, steak sauce and desperation. But before you watch Fred Armisen and Bill Hader as traveling globe salesmen peddling their wares in a world of atlases, learn all about the real life salesmen who inspired "Globesman," the latest non-fiction masterwork from Documentary Now!.

Before Grey Gardens, There Was Salesman

"Globesman" takes its inspiration from Salesman, the 1969 Maysles Brothers documentary that follows a group of traveling Bible salesmen. Having cut their teeth directing television documentaries, the Maysles decided to tackle a feature-length film based on their own experiences as door-to-door salesmen peddling everything from brushes to encyclopedias. Just like with their classic documentary Grey Gardens (the inspiration for Documentary Now!'s "Sandy Passage"), the Maysles adopted a fly-on-the-wall filmmaking approach and let the salesmen tell their stories.

Every Good Salesman Needs a Nickname 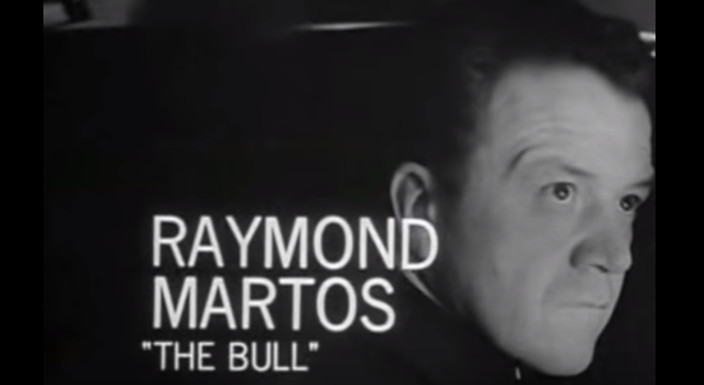 Throughout the documentary, we meet several Bible salesmen, all with nicknames that fit their personalities and sales methods. There's James "The Rabbit" Baker, a smooth talker whose calm demeanor helps him close sales with lonely housewives. Charles McDevitt, aka "The Gipper," and Raymond "The Bull" Martos earn their nicknames with their jocular attitudes and aggressive sales tactics. And most notable is Paul "The Badger" Brennan, a real life Willy Loman who can't seem to catch a break.

Death of a Salesman 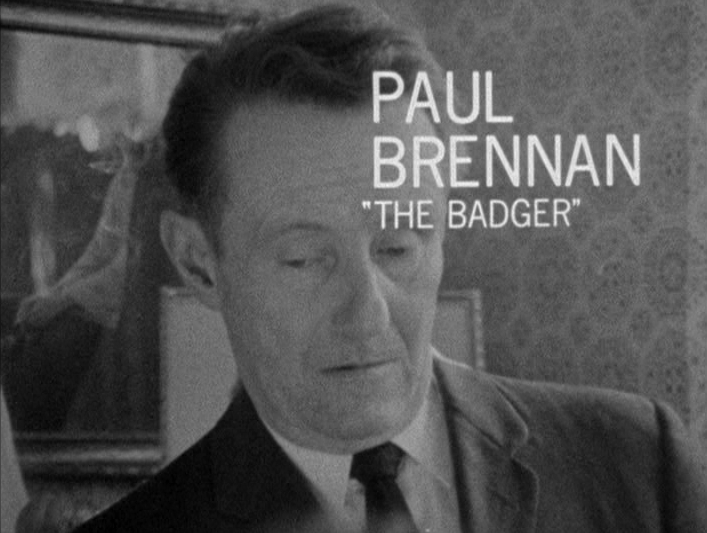 Over the course of the film, Paul Brennan emerges as the most tragic figure. As we watch Brennan try to get out of his sales rut, the film becomes an indictment of the American dream. As the salesmen commiserate in nondescript diners (where they chain smoke and scarf down some artery clogging 1960s grub) and motel rooms, a portrait of the struggling middle class comes through. The scene where the salesmen are told by an aggressive sales rep that if they don't sell Bibles, it's their fault, hammers home the Maysles' depiction of the dark side of the American dream. (An alternate title for this film could be "Sad Men.") 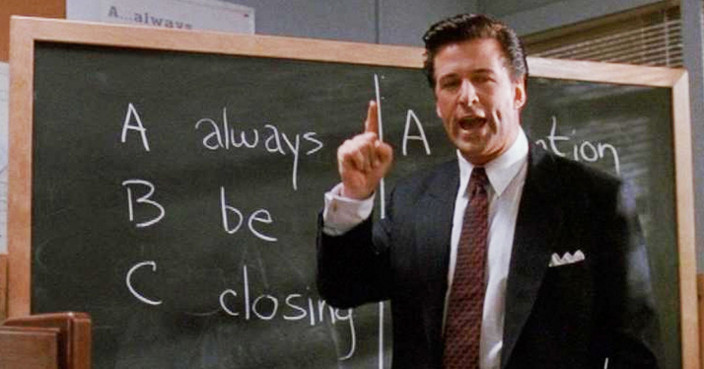 The Maysles' groundbreaking documentary has influenced everything from Glengarry Glen Ross (the film version of which features a famous scene where Alec Baldwin's company rep berates a sales team with his "Always be closing" mantra) to the desperate salesman character Gil from The Simpsons. By following the salesmen and letting their stories emerge gradually, the Maysles pioneered a "direct cinema" approach that is still used today in everything from political documentaries (the recent Anthony Weiner doc unfolds like a Maysles film) to reality television. We can basically thank the Maysles for inspiring both Kim Kardashian and the Documentary Now! crew.