Here are a few of the ways "Juan,” which you can watch now on IFC.com, Apple TV and the IFC app, nails the absurdity of those Instagramming hipsters who treat food like fine art.

Foodies Will Go Anywhere for a Trendy Restaurant...Even Up a Mountain

"Juan" knows that foodies will hit up the latest hot restaurant, even if they have to march miles through the jungle without any water just for a taste of Three Michelin star-awarded chicken. And what if Juan doesn't catch the bird and decides fate has determined there will be no chicken on the menu that day? Well, if you're anything like the food chasing freaks that populate "Juan," you muster a smile and tell yourself it was all worth it, as long as one Facebook friend is jealous of your trip.

They Obsess Over Celebrity Chefs 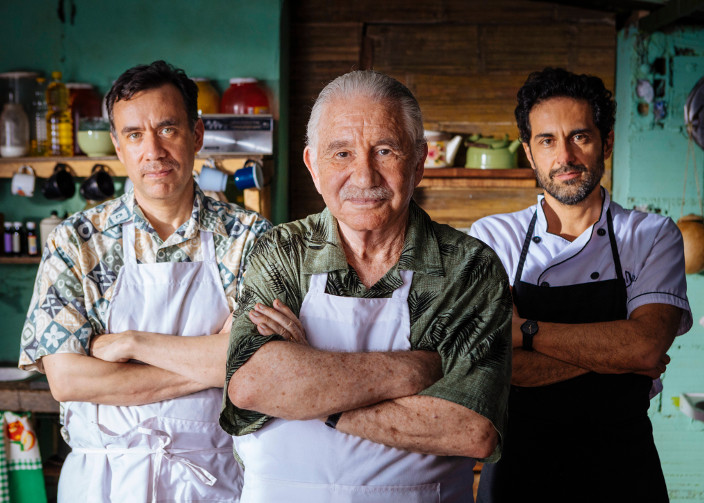 Chefs used to be anonymous. They were the faceless folks back in the kitchen, doing the grunt work so you could enjoy a nice meal with friends and family. Nowadays, they are the Beyoncés of cuisine, attracting fans from around the world, dropping new restaurants like pop stars drop albums, and showing up on cooking shows more than pinches of salt. The monosyllabic Juan of "Juan Likes Rice and Chicken" is no different, despite the fact that he hasn't left his jungle hideaway for decades. Once you start making waves in the food world, there's no turning back. If you don't come to the fame, the fame comes to you. 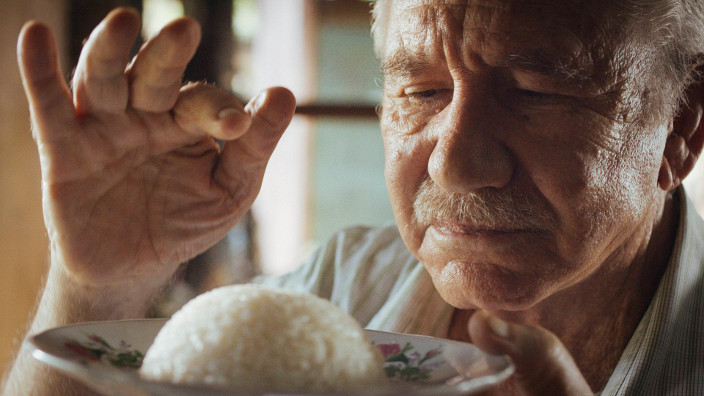 Hot dogs. Dumplings. Donuts. Croissants. Croissant Donuts. Foodies love nothing more than discovering a new twist on a comfort food favorite. Except this common, everyday food isn't like how mom made -- it's prepared by acclaimed chefs and often requires a second mortgage to taste. Juan's cuisine couldn't be simpler -- a cup of coffee, a banana sliced in half, rice with a bit of butter and (on most days) chicken. But thanks to endorsements from chef David Chang and food critic Jonathan Gold, food geeks can't wait to taste Juan's take on a dish they could easily whip up at home.

Every Bite Is a Sensual Experience

There is nothing a good food documentarian loves more than the slow motion shot. A fire exploding from a BBQ pit. Hands running through a barrel of coffee beans. Dew dripping from freshly picked parsley or a hand running through rice. "Juan Likes Rice and Chicken" knows that the trick to making foodies care about the seemingly bland items being prepared is to film them in slow motion. All of a sudden, a pile of nuts becomes a delight for the senses.

It's not enough to grill some chicken. Much like a famous Portlandia sketch, foodies want to know if it's local, and will go to the ends of the Earth to find out. We want to believe that the best way to prepare chicken is to wrestle the bird to the ground, and if it bests us, it gets to live for another day. That's why foodies flock to Juan, with his extensive list of "dos and don'ts" when it comes to food preparation. Of course you should shoot raw chicken through an air cannon. Why haven't we thought of that??? 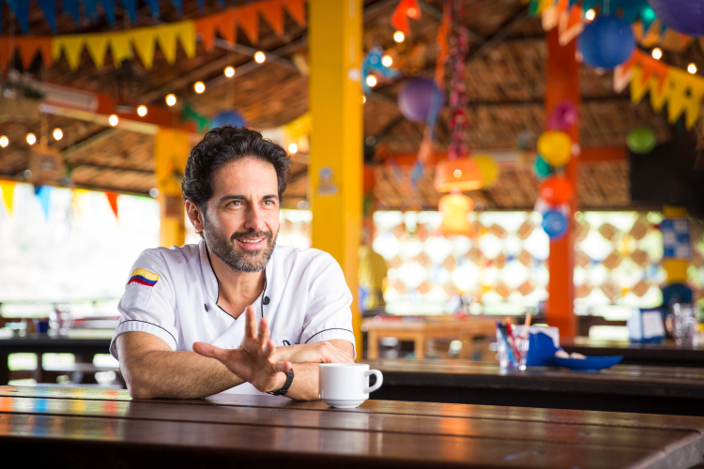 Here's another secret of foodie culture that "Juan" understands: We secretly love crap food. Sure, we'll trudge miles off course for the supposedly perfect chicken Juan prepares, but we also love to sneak away to Fuddruckers, or Juan's son Diego's "Fun Restaurant," where you can write on the menu and have Skittles on your chicken. Now that's worth Snapchatting!