10 Facts About the Films That Inspired Documentary Now!

Documentary Now! combines the brilliant character work of Fred Armisen and Bill Hader while paying tribute to some of the best documentaries of all time. As you rewatch the first season of Documentary Now! on IFC this month before season 51 premieres on September 14th at 10P, check out some facts about the real documentaries that inspired this hilarious series.

As you probably know, the "Sandy Passage" episode is based on the 1975 documentary Grey Gardens. The Maysles Brothers groundbreaking film has also been adapted into a 2009 HBO film with Jessica Lange and Drew Barrymore. It also became the first documentary to be adapted into a Broadway musical, where Mary Louise Wilson and Christine Ebersol won Tonys for their roles as Big and Little Edie, respectively.

If that wasn't enough, the film inspired a song on Rufus Wainwright's album Poses, and Jinkx Monsoon won a challenge on Rupaul's Drag Race with her impersonation of Little Edie. And we're pretty sure it's the only documentary to kick off a trend of wearing sweatpants on your head.

Albert and David Maysles initially intended to make a film about Lee Radziwill, the younger sister of Jackie Onassis. During their research, they met Jackie's other family members, Big and Little Edie. When they decided to halt the Radziwill project, it made perfect sense to switch over to the most eccentric family in the Hamptons. If someone comes out in a turban and a dress made of curtains, you can't let that go unfilmed.

3. Nanook of the North was Groundbreaking...

The episode "Kunuk Uncovered" is based on the silent 1922 film Nanook of the North, which is considered one of the first documentaries ever made. Sure there were the big hits of Train Leaving a Station, but Nanook was a full-length feature that took the audience to a completely foreign world. Following the travails of an Inuk man and his family in the Canadian Arctic, Nanook of the North is considered a significant achievement and was one of the first films ever selected for the National Film Registry by the Library of Congress. 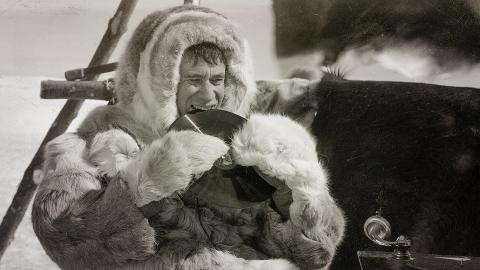 After Nanook of the North was released, director Robert J. Flaherty (whom John Slattery played a version of in Kunuk Uncovered) was accused of staging moments of the film, preventing it from being a true documentary. In the film, Nanook is shown hunting with spears, having two wive, and confusing a phonograph for food. (See Doc Now!'s take on that moment above.)

In reality, Nanook's real name was Allakariallak, the Inuits had hunted with guns for years and Nanook's wives in the film were actually Flaherty's real life common law spouses. (Flaherty's wives and Allakariallak also knew that a record is not a cookie.) Though these changes seem egregious for a documentary today, in a way Nanook laid the groundwork of the constructed "reality" behind reality TV.

5. Vice Reporters Really Do Get Into Dangerous Situations.

In "Dronez: The Hunt for El Chignon," hipster reporters keep getting into deadly situations on their hunt for a major drug lord. Then they do a bunch of cocaine with said drug lord.

In the Vice drugs series, which the episode was loosely based on, the reporters really do delve deep into a variety of deadly situations. In fact, they talked to a real life Walter White. Literally -- his name is Walter White and he deals meth in Alabama. In one episode, the team befriends a gang during a heroin epidemic in Swansea. But the most shocking moments are in Vice's "Krokodil Tears" expose. The reporters explore an decrepit border town of Siberia where the addicts have turned to using Krokodil, a mixture of eye drops, caffeine, and gasoline that's injected. It's called Krokodil because the users skin gets scaly and they begin to rot from the inside. Good things the Dronez reporters never tried the stuff.

6. The Thin Blue Line was Almost About Dr. Death. 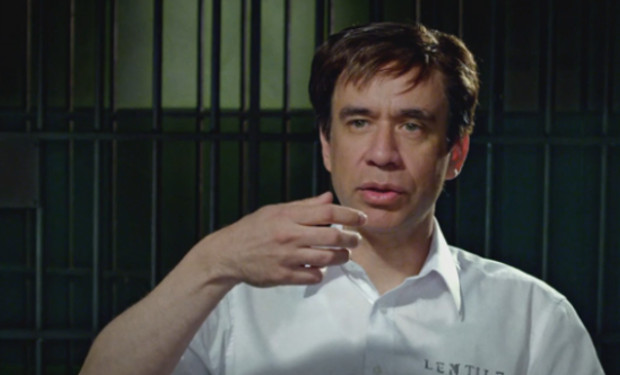 The Thin Blue Line, Errol Morris' acclaimed documentary about a man sentenced to death for a murder he didn't commit, is another case of a documentary finding its subject in an unexpected place. The film (which Documentary Now! paid tribute to as "The Eye Doesn't Lie") began as an exploration of Dr. James Grigson, the psychiatrist who earned the name Dr. Death from his testimony in over 100 death penalty cases. But when Morris came across the Randall Adams case that featured damning testimony from Dr. Grigson, something didn't seem right. Morris then shifted the film to Adams and created the fascinating documentary that's considered one of the most influential of all time.

A former private investigator, Errol Morris was an early pioneer of using reenactments to unravel a real life criminal case and having his subjects directly address the camera. Without his work, we wouldn't have Serial, The Jinx, Making a Murderer and pretty much the entire true crime documentary genre.  Plus, there would never have been Rescue 911, which is the saddest idea of all.

8. Randall Adams Sued Morris, Though the Film Saved His Life. 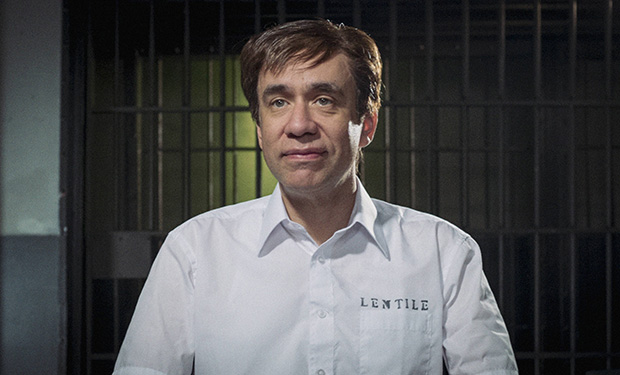 Because of The Thin Blue Line, Randall Adams eventually had his death sentence overturned and was released after 12 years in jail. So, did Randall send Morris a card or a nice stuffed animal as a thank you? No. He sued Morris over his life rights. Apparently, he didn't care about the money, he just didn't like the idea of someone having the rights to his entire life story. Perhaps he didn't consider that he had a life only because of Morris' use of his story.

9. The Eagles Break Up Was Just as Dramatic as the Blue Jean Committee's Split. 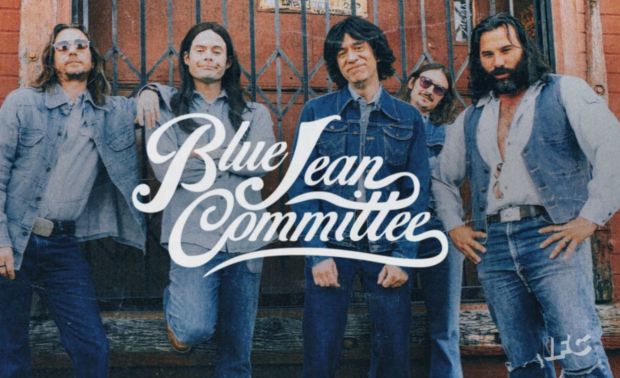 The Chicago meat lovers in Blue Jean Committee broke up due to inadvertently playing a vegetarian benefit, but the Eagles real life break up was just as dramatic. In the 2013 documentary History of the Eagles, on which "Gentle & Soft: The Story of the Blue Jean Committee" is based, the "Take It Easy" band launch into an onstage spat at a benefit for Senator Alan Cranston.

During a meet-and-greet before the show, guitarist Don Felder shook Cranston's hand and said "You're welcome, Senator... I guess." This enraged his fellow Eagles member, the late Glenn Frey, who had words with Felder backstage and they both continued threats during the concert. Frey said "We're out there singing 'Best of My Love,' but inside both of us are thinking, 'As soon as this is over, I'm gonna kill him.'" Who knew that "I guess" would be the fighting words that tore a legendary band apart.

10. Don Felder Wasn't Entirely Pleased by The History of the Eagles. 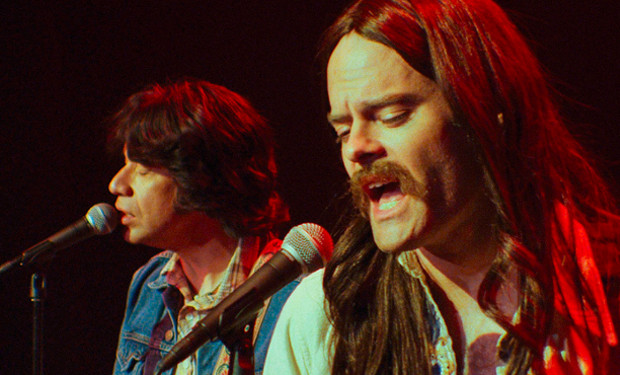 Though Felder enjoyed some of the Eagles documentary, especially the parts where everyone had the most '70s hair possible, he felt it wasn't entirely accurate. He claims that the film focuses mostly on Frey and Don Henley and discounts the contributions from himself and other members of the band. Since the doc was partially funded by Frey and Henley, Felder is probably right. He is definitely right about the hairstyles being a highlight of the film, though. Clearly Bill, Fred and the rest of the Documentary Now! team also appreciated the Eagles' awesome hairstyles and 'staches.