On Saturday night, April 25th, the 2015 Tribeca Film Festival closed out its festivities with a Goodfellas reunion. While director Martin Scorsese couldn’t attend, writer Nicholas Pileggi — who cowrote the screenplay with Scorsese and penned the book Wiseguy which was the basis for the film — joined principal cast members Robert De Niro, Ray Liotta, Lorraine Bracco and Paul Sorvino on stage at the Beacon Theatre in New York City following a special screening of the classic mobster film.

Stories were swapped, jokes were made and The Daily Show‘s own Jon Stewart hosted the whole damn thing. If you weren’t there to take in the glory of such a reunion of talent, here are five major takeaways from the frivolity.

1. Not Everyone Was a Fan of Goodfellas

Though Scorsese couldn’t be there, the acclaimed filmmaker sent over a pre-recorded video message for the audience. “I remember the previews were one of the worst experiences of my life,” he said in the video. “It seemed that the audience had to be prepared for what it was, but there was a lot of controversy.” By “controversy,” Scorsese means the backlash that came in portraying Italian-Americans as mobsters. In fact, the owner of an Italian restaurant the director and Pileggi loved refused them service after Goodfellas came out, “because we apparently denigrated a certain ethnic group for the picture.”

2. The Origin of the Famous “Funny How” Scene 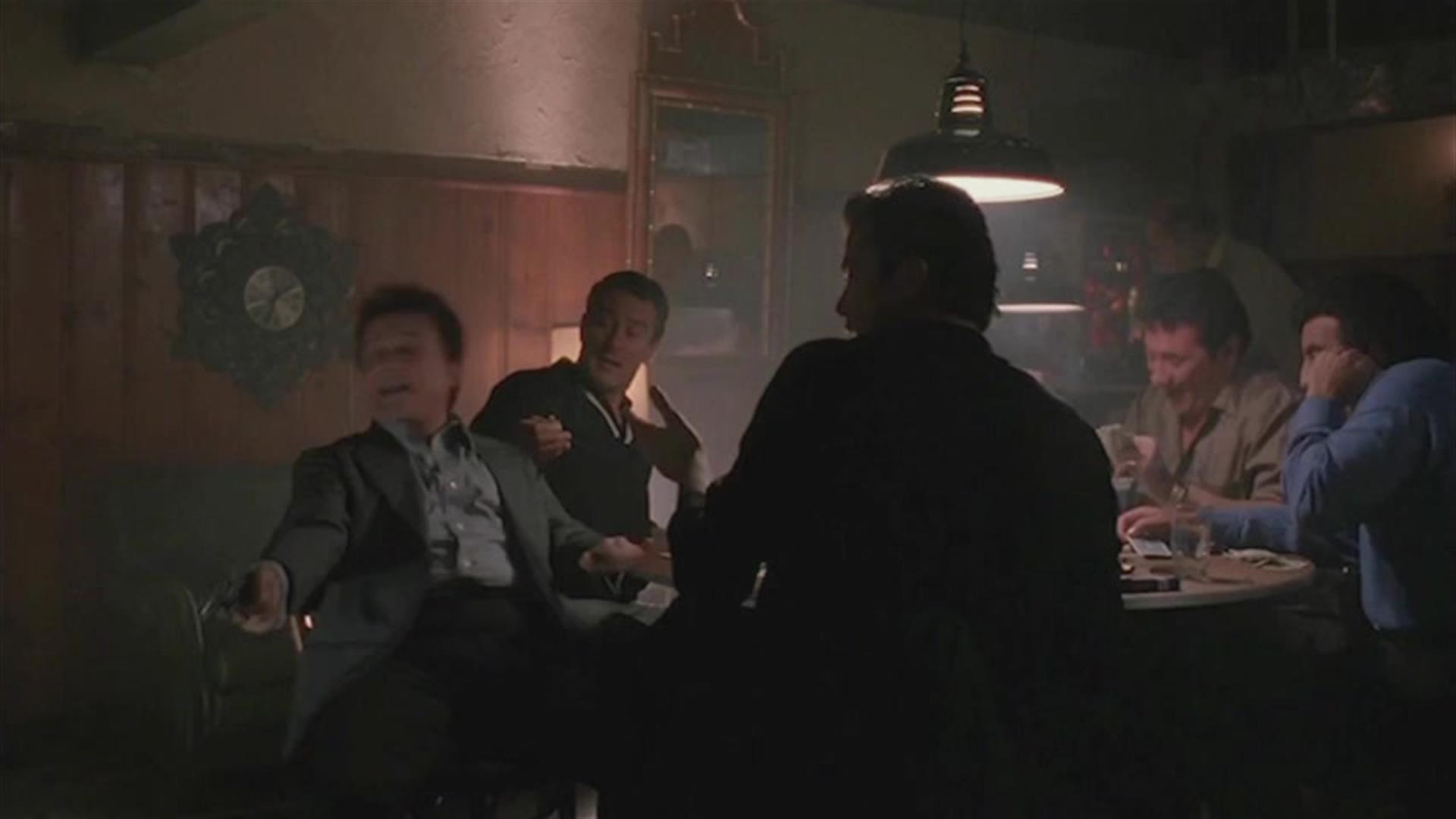 5 Revelations From the Goodfellas Reunion

This is arguably the film’s most famous scene, and it became as good as it is because the actors improvised much of it. As Joe Pesci was also unable to attend the reunion, Liotta recollected his experience speaking with “a connected” man in Queens prior to the shoot. Upon hearing of the exchange, Scorsese worked it into the script, though he had to pull back Pesci when he went “off book.”

Goodfellas is based on Pileggi’s novel Wiseguy, which caught the eye of Scorsese. Apparently, the Oscar-winning director attempted to contact the writer multiple times, but Pileggi wouldn’t answer. He thought the whole thing was a joke. “I never thought it was Marty calling,” he said. “I was at New York Magazine at the time, and I’d get these little pink slips that would say, ‘Call Martin Scorsese.’ I thought it was David Denby, who was the movie critic at New York Magazine, so I didn’t respond.”

Veteran actor Paul Sorvino famously portrayed Paulie Cicero in Goodfellas, but even after he landed the role, he almost quit. As he remembers it, he told his manager that he wanted to leave production three days before it was scheduled to start. According to Sorvino, he just couldn’t wrap his head around his character and the contradictions within him. He ultimately changed his mind after — get this — he accidentally made a weird face in the mirror while fiddling with his tie.

5. There’s a Method to the Ketchup Madness

Everything in Goodfellas has a method to its madness, even that ketchup bottle. Pileggi reached back out to Henry Hill, the subject of Wiseguy, to find out how Jimmy “The Gent” Conway got the ketchup out of bottles. The answer can be found with De Niro, who’s seen rolling it in his hands in the meal scene at Tommy’s house.